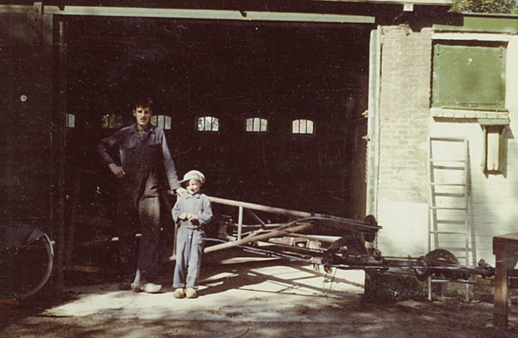 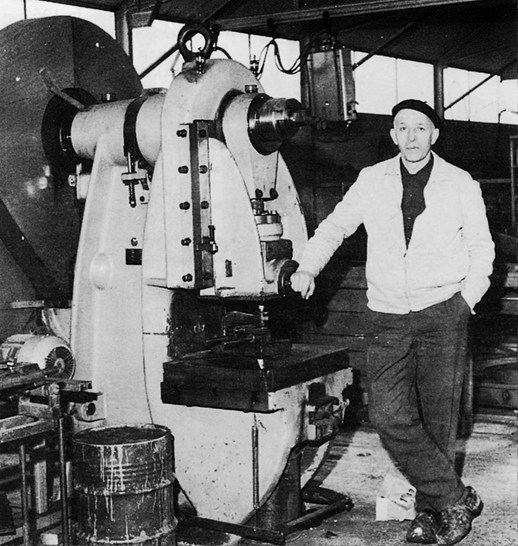 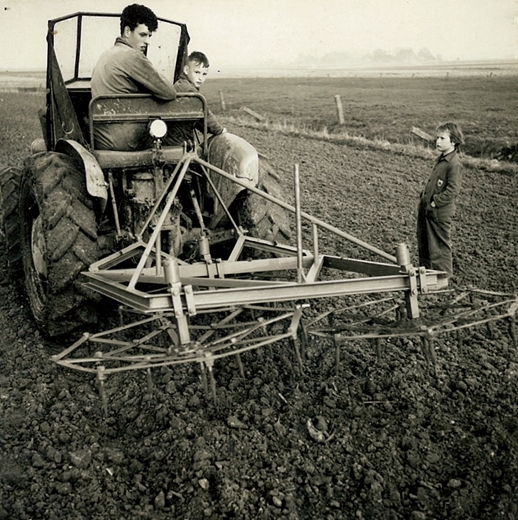 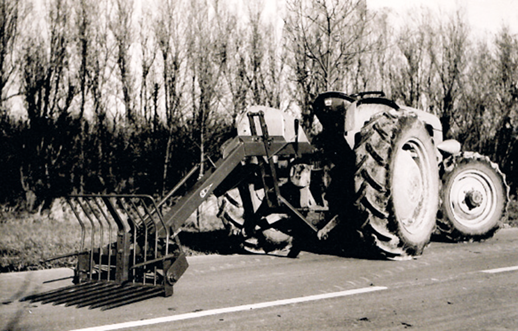 1961 is the year in which John F. Kennedy was elected president of the USA, Dutch judoka Anton Geesink won the world title, offshore radio station Veronica started its popular listener request programme 'We play your favourite music!', and the legendary Jacques Anquetil won the Tour de France. 1961 is also the year in which Wytse Anema and his son Fokke decided to set up a construction company called 'WIFO' in the Frisian settlement of Ferwert.

Born in 1912 in Ferwert, Friesland, Wijtse Anema grew up as the son of a farmer. Being the only son in the family, he was destined to take over his parents' farm in due course. However, he had his eyes set on a more adventurous life and chose a different direction. He travelled around the world as a representative and trader of agricultural machinery, such as farm wagons, manure spreaders, ploughs and sprayers. He got to know new markets and, above all, he came up with many new ideas he could not get out of his mind. Ideas of using power-driven tools to ease work on the farm. Back home, he made an infinite number of drawings of his ideas and even used his children's Meccano model construction system for prototypes, and then welded them together in full scale by himself. Wijtse not only turned out to be a real inventor, technically he was also very talented.

In 1961, when his son Fokke finished school, father and son decided to set up a construction company. The company was given the name of WIFO. His eldest daughter Geertje came up with this name that stands for the first two letters of the company founders' first names, Wijtse and Fokke. Under this name, father and son started developing and producing the first product, a rotating harrow. Several other products were to follow soon, like milling cutters, distributing slide valves and trolleys. Particularly the latter product proved to be very successful for WIFO. The major breakthrough for WIFO was in 1964 with the introduction of the rear loader. The usefulness of the rear loader was not only seen in the Netherlands, but also abroad.

The rear loader was exported to countries like Belgium, Ireland, Canada and the USA. Soon new variants and combinations were developed to fit on the rear loader, such as a ditch cleaner, a shearing blade and a loading shovel. Eventually, more than 40 kinds of equipment were on offer. In the following years, with the breakthrough of hydraulics in agricultural implements, a ditch cleaning device was developed. This hydraulic ditch cleaner, model 'SL', was attached to the side of the tractor. In those years the rear loader was also fitted with hydraulic components. In 1972, a push-off fork and a cultivator were introduced; at first, however, interest in both these machines was disappointing.

But it was time to move on, and in 1967 a factory hall was built in the town of Paris, Ontario (Canada). At this location, the first Canadian WIFOs were assembled. Components were imported from the Netherlands and workers were flown in. From here, it was only a small step to move to the USA. The attention would soon focus on the American market and a branch was set up in Florida. Unfortunately, trading in the US was harder than was foreseen. In Friesland and Canada, WIFO continued unabated and gained success with a new variant of the old rear loader, the push-off fork.

March 5, 1979 was a black day in the WIFO history book. Founder Wijtse Anema, then aged 66, was killed in a car accident in Florida. His sons continued to run the business. Fokke was appointed Managing Director of the Ferwert plant and Gerlof, who had previously been involved in developing new machines, took control of the Canadian plant. WIFO now had a foothold in the Canadian market and picked up innovations to be further developed, tested and sold. The bale clamp was the biggest success in the early nineties.

WIFO continued the development and introduced a tractor forklift mast for the export to England and subsequently to Ireland. Meanwhile, a number of new machines were added to the range of products, including feed distributors, hydraulic loading buckets and transport buckets. WIFO saw new opportunities and started focusing more and more on potato processing. For example, they introduced the potato loader bucket for the forklift truck. Introducing the forklift truck on the farm to transport potato crates saw also the need for a box rotator. WIFO already made this for their own forklift mast, but developed it further for the forklift truck. To this day, the box rotator has proved to be a great success.

In 2009, Wytze (Fokke), from the third generation in a row, takes control and continues to run the company. With Wytze at the helm, WIFO takes over the 'Koning' company in the city of Alkmaar. As a result, the established name 'Koningsplanter' is added to the WIFO range of products. WIFO is also focused on expanding and strengthening its own range of products. Among other things, investments are made in the innovation of box rotators and scooping buckets. For example, the K90 and K95 forward tilting box rotators are introduced. In addition, the production facilities in Ferwert are expanded and more money is put in high-quality machinery. At this point in time, WIFO has 40 staff on the payroll.

At the time of writing this price list, the USA is still in the dark about its president for the next four years following the 2020 elections. Nor is it known who will win the 2021 world championship Judo and the 2021 Tour de France. But what we can say, is that WIFO will continue to work with the same passion in the coming decades as they have done in the past 60 years, with innovative solutions to ease the workload of farmers. 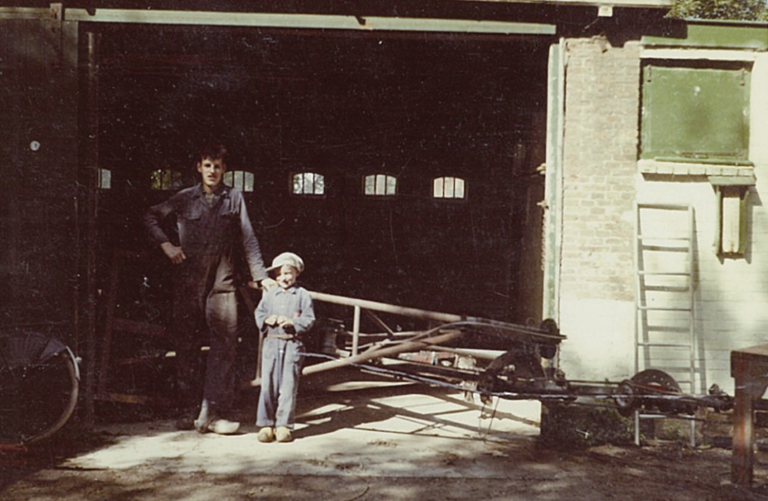 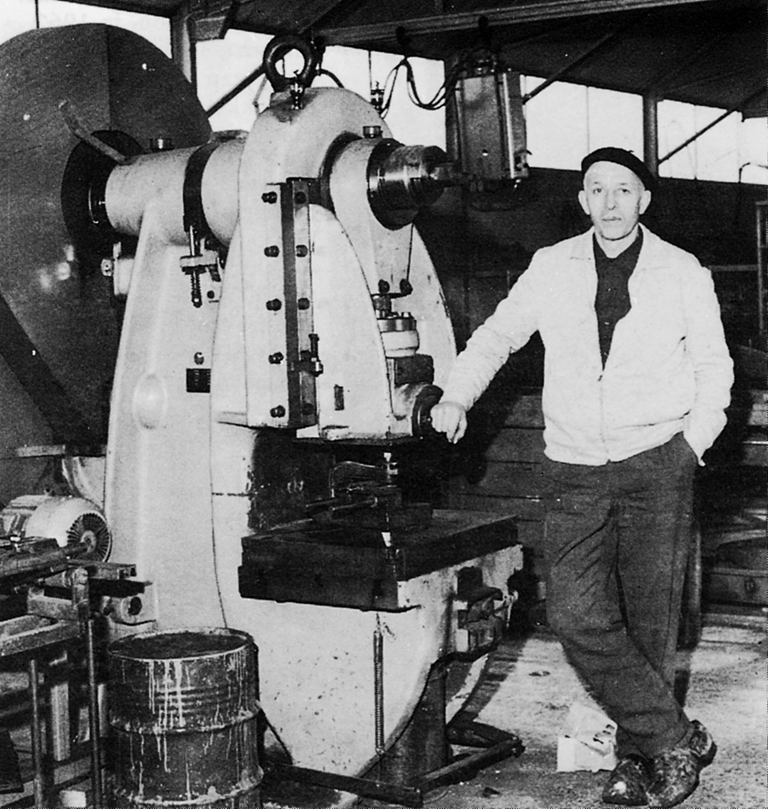 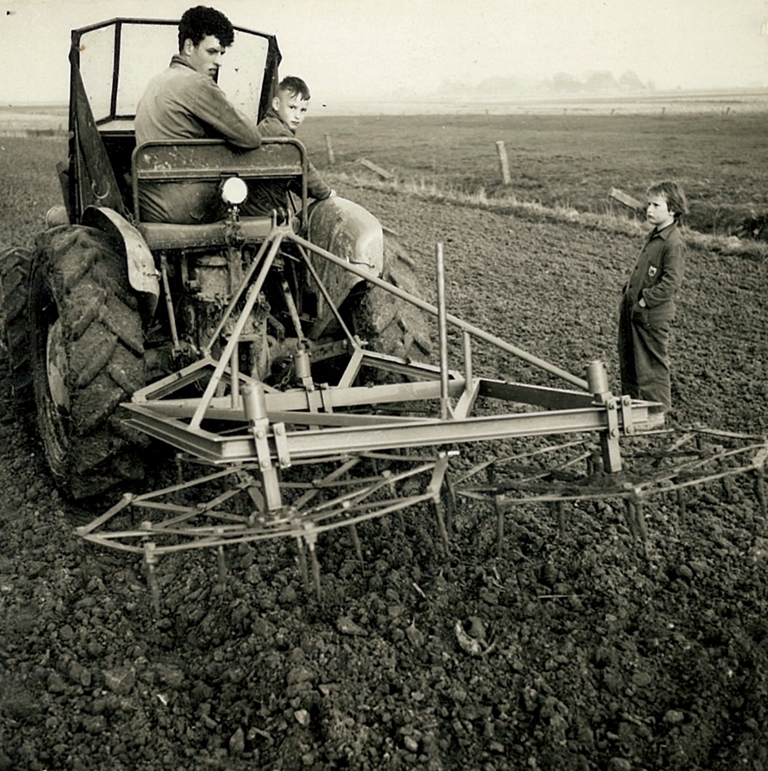 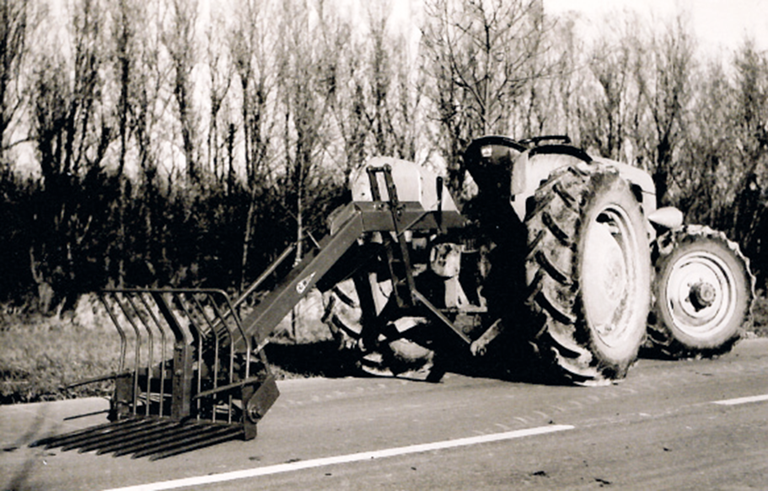